EASY RIDER was founded around 1988, born of the reunion of Javier Villanueva (guitar), Daniel Castellanos (guitar) and Antonio M. Chaves (drums). A year later José A. Villanueva (bass guitar) joined them and this line-up gave the band the necessary continuity and soundness to develop a serious and ambitious project as a music band.

During the first years the band had different singers (among them were Antonio Caballero and Gabriel Boente), but from 1992 to 1996 it was Javier Villanueva who took the responsibility of the position of singer. These four years were crucial in the future of the band as its popularity grew, due to the release of different demos and a lot of concerts all around Spain. However, the band kept looking for a vocalist that could adapt to the their needs and give their creativity free rein. In this moment Eugenio Garañeda joined the band as the lead singer (1996).

In terms of style, the band is comfortable in the wide field of rock, and they don’t close their door to any kind of influence that could enrich the ensemble’s sound or the technique of each of their components. As influences we can find classic bands such as Iron Maiden, Judas Priest, Helloween, King Diamond, or Gamma Ray, and there are also more modern and innovative ones like Dream Theater, Conception, Sanvoisen Annihilator, Pantera, Alter Bridge, Monster Magnet, etc.

In 1996 EASY RIDER published a new demo and signed a contract with Soho Music. Their first album was released in 1997, named “Perfecta Creación”, it featured three songs in English, five in Spanish and an instrumental track that were very well received by the specialized media.

Between June and September 1998 they recorded their second album, titled “Lord of the Storm”. The songs in this album were all written in English, in an effort to reach the international market. It offered a new Image of EASY RIDER, more dynamic and modern, both in the composition and in the production of the music. In 1999 they won the “Best new band” prize from the Spanish music magazine Heavy Rock in its annual “Rockferendum”.

In June 2000 EASY RIDER broke their contract with its former record label and singed a new one with Locomotive Music, with which they recorded their third album, “Evilution”, which was recorded in the KIRIOS recording studio, in Madrid. It was released in October 2000 and it shook all the specialized press in all of Europe. The energy radiated by each of its tracks was supported by a high-end musical production. Musically, this album showed more than ever the band’s versatility and their mastery over a wide range of music tendencies within rock. American influences, European metal, progressive rock and dark metal.

EASY RIDER mixed all this to get a shattering, passionate and innovative music style, but in January 2001 Eugenio Garañeda and Antonio M. Chaves decided to leave the band. This setback forced them to cancel their “Evilution Tour 2001”.

Far from falling in despair, the remaining members of EASY RIDER started working immediately to find the skilled musicians they needed to start a new era and a new project. In February 2001 Rafa Díaz joined the band to play drums. He had previously been in bands like KNELL ODISSEY, SABATAN, ASGARD and MOUNTAINS OF MADNESS, and nowadays plays drums in BARÓN ROJO. After a long selection period, in October 2001 the vacant for the band’s singer was filled by Ron Finn. Ron formed his first heavy metal band, called MACE, in 1986. He worked with the well known producer Joe Viglione, who produced the group’s first album, and later Ron was in other bands like SUSPIRIA and MAD JACK.

By the end of 2001 EASY RIDER was already working in what would be their fourth album: “Regeneration”; a name that stated the feeling of all the band members about the future of the group. With a whole ocean between them and the Internet as a work medium, the band started composing a new album filled with energy, dynamism and good heavy metal. The album was released by the end of April 2002 and did great amongst the audience and the media.

Between June and October 2003 they recorded their fifth album, called “Animal” in the recording studio Korsarov in Madrid and Power House studios in Boston. This album showed the good rapport there was in the band and reaffirmed the powerful sound that is their identifying mark.

After the “Animal on the Loose Tour ’04” the band members combined EASY RIDER shows with other projects. Some of them formed the band NEOMENIA with the singer Alberto Sÿmon, and later with Toni Menguiano, with whom they published the album “Luna Nueva” in 2007, and also collaborated with other bands. Rafa Díaz joined BARÓN ROJO, Dani Castellanos formed the band CASA DE FIERAS and later on joined PATRICIA TAPIA KHY, and Ron Finn performed with the Boston based cover bands WILDSIDE and THE PRIEST.

EASY RIDER has played in the same stages as bands like YNGWIE J. MALMSTEEN, BLIND GUARDIAN, MANOWAR, STRATOVARIUS, GAMMA RAY and have toured all around Spain in various occasions. In 2004 they also went on a fifteen-show tour with TIERRA SANTA around Europe. They have also played in a great deal of music festivals all around Spain, some of them of international impact such as Eurometal 99, Rock Machina 2000, Viñarock 2003, Leyendas del Rock 2010, H.O.M. Festival 2014 or Leyendas del Rock 2014.

In 2013 EASY RIDER started composing songs for a new self-published album. It was titled “From the Darkness” and it was released in October 2014 through Krea Film Producciones. It was a concept album that revolved around the vision of a world after a great crisis. In this scenario the large corporations instigated a world war and finally managed to enslave human beings after promising them a brighter future. The songs talked about the struggle, rebellion and returning to light form the shadows. A music video for the song “Defiance” was filmed, produced by Krea Films Producciones and directed by Mario Ruiz, this being the first official music video of EASY RIDER.

In 2020 they are back stronger than ever. With Javier Villanueva and Dani Castellanos on guitars and José A. Villanueva playing bass guitar, now the band has been reinforced with two important new additions. Playing drums will be José Roldán, an experienced musician known for his fantastic work in other bands such as NOCTURNIA, KABALAH and PADRE CUERVO.

After 32 years of career with different male singers, for the first time there will be a woman in charge of leading EASY RIDER with her impressive and powerful voice. Her name is Dess: a singer who has been getting on stages since she was a child, and in the last years she has been part of the Málaga based band PERVERSION, a Ronnie James Dio tribute band that plays songs form BLACK SABBATH, RAINBOW and DIO.

To introduce the new line-up, EASY RIDER have recorded a completely new version of the song “Evilution”, produced and mixed by Dani Castellanos with an updated sound and the addition of keyboards and programming with the collaboration of Diego Zapatero (VHALDEMAR, MELODIUS DEITE), as well as a splendid music video made by Mario Ruiz and the Krea Films Producciones team at Revirock Studios in Madrid.

Throughout 2021, EASY RIDER publishes the video clips "Savage Rage" and "Tiempo" and on October 14 they release the compilation album "Metamorphosis" with songs completely re-recorded by the new line-up belonging to their first three albums "Perfect Creation", "Lord Of The Storm" and "Evilution". The release was accompanied by "The New Jerusalem" lyric video.

2022 kicks off with the publication in February of "Vampire Prelude" and "Stranger" lyric video, also included on the album Metamorphosis and the upcoming festivals Euskal Metal Fest, Pounding Metal Fest, Leyendas del Rock and the Carob Rock Fest. 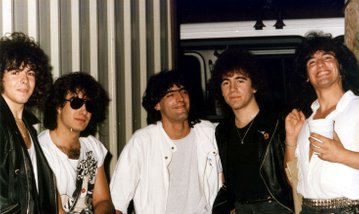 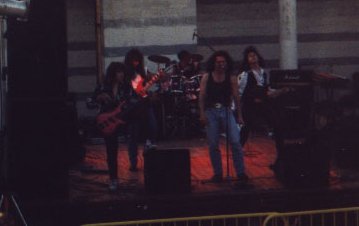 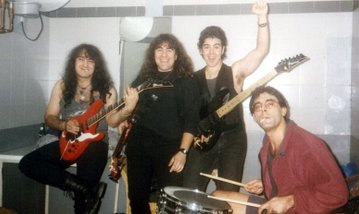 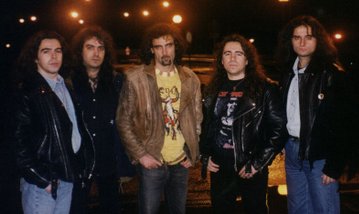 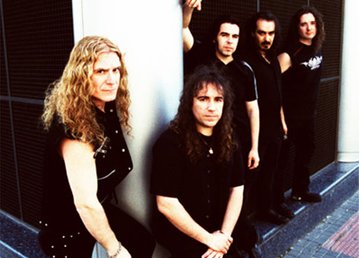 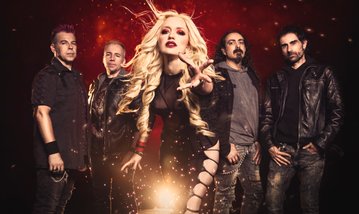 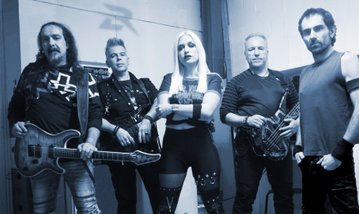